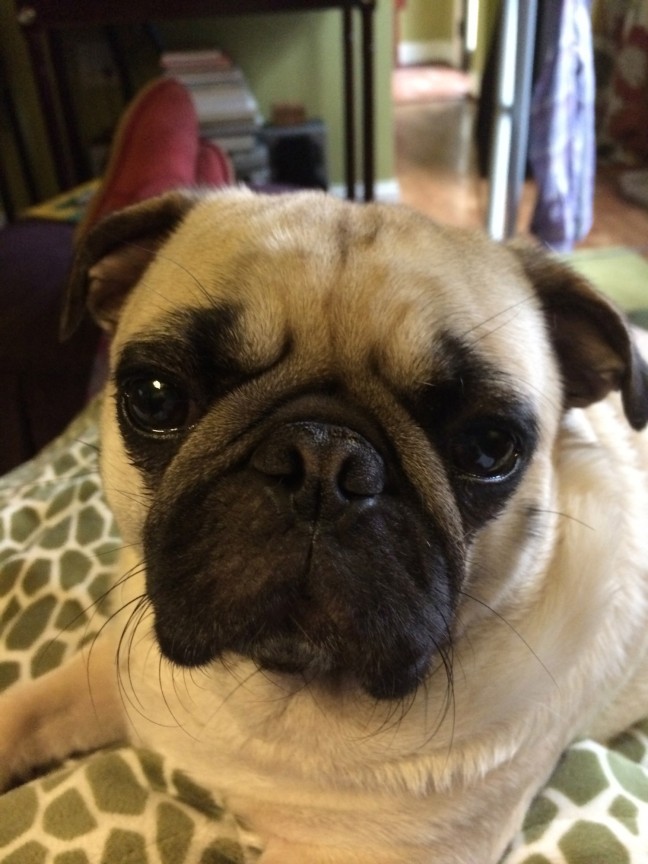 It’s been a month since we began our adventure into the world of Raw.

To date, I’ve seen no evidence of the return of Pearl’s bladder infection.

I’ve rarely been more convinced that I was doing exactly the right thing. Every day, I’m more encouraged by their continued good health, their interest in the food, and the results I see.

Pearl, having been a bit on the robust side, has dropped about a pound in the past 4 weeks. Truman has maintained his weight -and unlike any Pug I’ve ever had, will walk away from his bowl when he’s full.

When I got Truman in May, they told me he was deaf. He’d been hit by a car & the people who surrendered him to Pug rescue said it made him lose his hearing. You may think I’m crazy, but I’m convinced he hears things now. It could have just been inflammation in his eardrums or something & his healthy diet has enabled his body to heal. I’ll never know, but the kid has been barking at noises I thought he couldn’t hear.

I’m just glad I had the nerve to give raw, wHOLe foods a try before defaulting to the suggested course of treatment.

Give it some thought. Is it right for you & your dog? It could change your life…